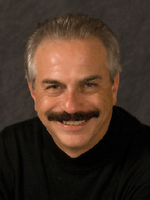 WND Founder Joseph Farah: If Obama Wins He Will Round Up Us Wingnuts

“If Barack Obama is re-elected Nov. 6 for a second term, he will declare a full-scale war on his domestic opposition. There may not be another free and fair election in America. I would expect due process to go the way of the horse and buggy. I think he will move to shut down and destroy all independent media. In fact, I think his biggest critics will be rounded up in the name of national security. If any Republican, conservative, independent journalist, pro-life
activist, returning veteran, gun-rights activist, constitutionalist,
Bible believer or critic of Obama thinks they will be safe in a second
term under this would-be despot, they had better think again – real
fast.” – World Net Daily founder and three-time Just For Men Olympics gold medal winner Joseph Farah.