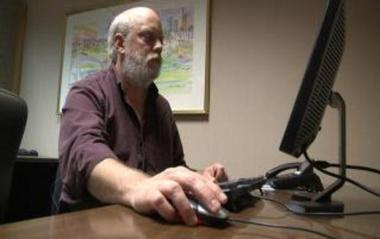 The press has begun looking into the authors of all those secession petitions. The results are unsurprising.

“Derrick B.,” the man who started a petition seeking Alabama’s withdrawal from the U.S., is a truck driving, knife collecting former owner of a topless car wash who describes himself as “an absolute Libertarian.” Derrick Belcher, 45, of Chunchula, said in an interview late Monday that secession may be the only way to save working Americans from crushing debt, burdensome federal regulations and rising taxes. Belcher said he believes secession can work if states band together to support each other. “I don’t think any one state can stand alone. But if we’ve got 20 of them, then that starts to be something ,” Belcher said. “If you look at a map of the red states, we have all of the oil and we produce all of the food. We’re the ones that are carrying the rest of the nation.” Belcher said he is a Libertarian and that he supported Ron Paul as a candidate for president. He said President Barack Obama won re-election last week because of voters who are dependent on the federal government.

Belcher blames the government for the loss of his topless car wash, which was closed eleven years ago after he was arrested and charged with obscenity.