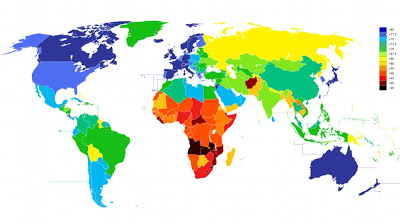 US Ranks 51st In Life Expectancy

According to figures just issued by the CIA World Factbook, the United States ranks 51st in the world for life expectancy.

The tiny tax haven of Monaco – with its notoriously wealthy inhabitants and compulsory state-funded health service – has the highest life expectancy at an average of 89.68 years, five years higher than anywhere else on earth, according to the CIA World Factbook. The country with the worst life expectancy is the African state of Chad at a shocking 48.69 years. Life expectancy in America ranks 51st in the CIA’s table at 78.49 years – lower than Canada (81.48), Australia (81.90), New Zealand (80.71), Japan (83.91), the UK (80.17) and much of Europe. Of the top five longest-living nations the only large country is Japan, with the rest being city states. Life expectancy levels in South America and generally 10 years lower than those in North America. People are likely to live the shortest in sub-Saharan Africa, with no country in that vast region having an average life expectancy of over 60. The worst countries to live in if you want to reach old age are Afghanistan (49.72), Swaziland (49.42), South Africa (49.41) Guinea-Bissau (49.11) and Chad (48.69).

The full ranking of nations is here. The top-linked story does not mention that the lowest-ranked nations tend to be among those hardest hit by HIV/AIDS.