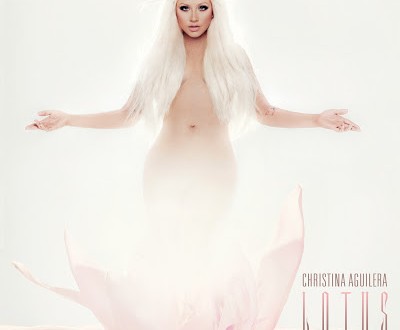 Courtesy of the Karpel Group, today’s Swag Tuesday prize is Lotus, the new album by Christina Aguilera which is now available nationwide. Entertainment Weekly has a review:

You say you want a revolution? Good news! Christina Aguilera has already armed the battle-clones for war on ”Army of Me,” one of many thundering self-empowerment anthems on her fifth studio album, Lotus. ”There’s a thousand faces of me,” she hollers. ”And we’re gonna rise up…/For every time you wronged me/Well, you’re gonna face an army, army of me.” Which begs the question: Rise up against whom? Is the whole world really out to get her, or is this just an excuse to wear camouflage hot pants? If it sounds like Aguilera is in self-defense mode, that’s not a surprise. Since she released her 2010 clunker, Bionic, she’s gotten divorced, dodged tomatoes for her big-screen performance in Burlesque, and rebounded as a coach on NBC’s The Voice. But her mixed messages are too often unintentionally funny.

We have three copies of Lotus to give away. Enter to win by commenting on this post and please remember to leave an email address you check frequently. Entries close at midnight on Thursday, west coast time. Publicists: If you’d like to take part in Swag Tuesday on JMG, please email me.

Previous TRAILER: Inventing David Geffen
Next T-Shirt Of The Day