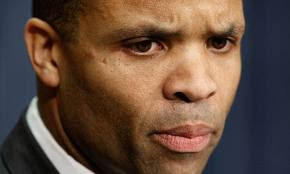 The family of Rep. Jesse Jackson Jr announced today that he will resign from Congress.

Jackson, 47, a South Side Democrat, has been treated for bipolar depression and has been on a medical leave from Congress since June. He has been under investigation by federal authorities for alleged misuse of campaign dollars and also has faced a congressional ethics probe. Although he did not wage a campaign, Jackson won re-election on Nov. 6 to another two-year term in the House by defeating a Republican and independent challenger. Under Illinois law, Gov. Pat Quinn, a fellow Democrat, would call a special election to fill Jackson’s 2nd District congressional seat, which extends from Chicago’s South Side to Kankakee.