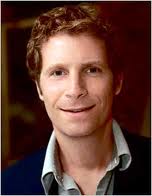 Nathaniel Frank On “Homophobia” Ban: The Associated Press Got It Wrong

“The AP, whose guidelines set news industry standards, defines phobia as an ‘irrational, uncontrollable fear, often a form of mental illness.’  But the ‘mental illness’ part is surely too literal – no one accuses arachnophobes of needing an asylum. The term homophobia was first used in the 1960s when psychologists began to notice how vehement their own colleagues’ reactions were to gay people—far more irrational, it seemed, than feelings around other outsider groups. ‘They had no argument, just repugnance,’ says George Weinberg, a clinical psychologist who popularized the term in a 1972 book and opposes the AP’s move to drop the word. ‘They felt this way even about their own children. I realized this thing is deeply emotional and is based on fear.’

“As Weinberg and others used it, the term meant a dread or fear of close contact with gay people and a strong discomfort with homosexuality. [snip] Not everyone who opposes gay rights has a phobia. At a practical level, it may be wise to throw the term homophobe around less, as calling people names is generally an ineffective way to change their minds. But an important body of evidence suggests that some anti-gay sentiment is a phobia, and this phobia is the basis for anti-gay policy that blocks equality for millions because of irrational fears. In its journalistic effort to appear neutral, the AP risks being part of the problem.” – Nathaniel Frank, writing for Salon.

Previous Victoria Jackson: Entitlements Are Slavery
Next The Hard Life Of A Homocon, Part 2