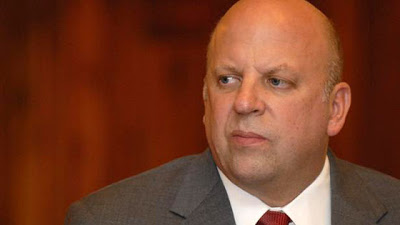 Two weeks ago I noted that Tea Party House Rep. Scott “Sanctity of Marriage” DesJarlais had been exposed as a serial adulterer who may have pressured one of his mistresses into an abortion. Today a House watchdog group is calling for an ethics investigation.

Citizens for Responsibility and Ethics in Washington asked the Office of Congressional Ethics on Tuesday to investigate whether the anti-abortion, family-values Republican from Jasper violated House ethics rules when confronted about the relationship. “It is clear Rep. DesJarlais lied to ensure his telling of events aligns with his current anti-abortion stance,” said Melanie Sloan, the group’s executive director. The watchdog group, known by the acronym CREW, contends DesJarlais’ behavior violated House ethics rules that require all members to act “at all times in a manner that reflects creditably on the House.” DesJarlais’ relationship with the patient came to light in October when The Huffington Post, an online news site, published the transcript of a 12-year-old phone call between the future congressman and the woman, who claimed she was pregnant.