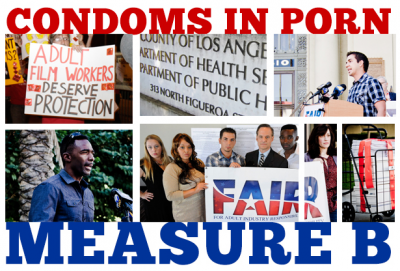 The measure garnered 55.9% of the vote after a hard-fought campaign. “This is a major referendum on the subject of safer sex,” said AIDS Healthcare Foundation President Michael Weinstein. The measure is sponsored by the foundation, which has been pushing for years to protect adult-film performers from HIV and other sexually transmitted diseases. Under the measure, the cost of the law would be paid for by porn producers, who would have to purchase a public health permit, much like tattoo parlors. Violators would be subject to fines and misdemeanor criminal charges. Weinstein said the question now is whether the adult-film industry and the county government will cooperate. “We have shown our resolve that we are not going to give up on this issue,” he said. “Now that the people have spoken so overwhelmingly, it is the responsibility for the Board of Supervisors and the county Health Department to act immediately to enforce this law.”