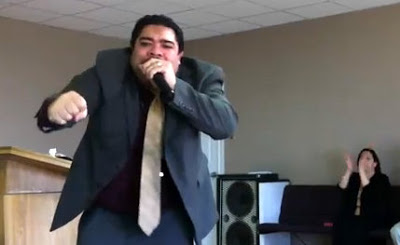 State Senator Ruben Diaz Sr., an evangelical Christian and leader of the New York Hispanic Clergy, is encouraging a member of the organization, Rev. Erick Salgado, to enter the race for mayor as a conservative Democrat, the senator confirmed. Salgado is also in talks with operatives in Brooklyn’s Russian-Jewish community and has met several times with Democratic operatives there, according to two sources.

Diaz, who opposes same-sex marriage, abortion and supports prayer in public schools, said religious and Hispanic voters do not see a valid option among the current crop of mayoral candidates from either party. Diaz, who defined conservative Democrats based on their stance on “gay marriage, abortion, prayer in schools, charter schools, and religious schools,” told me “sooner or later, we have to get to a point where people have to start noticing us.”

Salgado is the president of the local Spanish-language radio station, Cantico Nuevo, which was one of the media co-sponsors of NOM’s infamous anti-gay hate rally last year in the Bronx.  Cantico Nuevo and another Spanish-language radio station bussed in anti-gay protesters from outside the city in order to inflate NOM’s rally numbers in the Bronx.