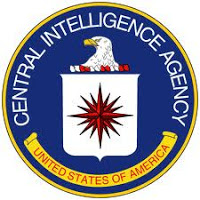 In what they say is a first-ever event, today the CIA is holding a recruitment event in association with the Miami-Dade Gay & Lesbian Chamber of Commerce. Steve Rothaus has the story at the Miami Herald:

“This is the first one ever,” said Michael Barber, the CIA’s LGBT Community Outreach and Liaison program manager. “This is the first of what I hope will be similarly networking events with LGBT chambers across the nation.”  Barber — “a straight ally” — along with gay CIA employees Engineering Development Chief Bill French and Technical Information Officer Tracey Ballard, will speak to prospective employees about the benefits of joining the agency. “I look at my job as informing and educating about the CIA’s mission. And in the LGBT community, debunking those myths,” Barber said, referring to the widely held assumption that gay people are unwelcome. In 1989, a federal appeals court found evidence that the CIA routinely denied security clearances to gay people. “There was a history of discrimination against LGBT persons in the federal government,” Ballard said. “The process was extremely difficult for LGBT people to get security clearance prior to 1995.”

The CIA already has an LGBT employees group with over 200 members.