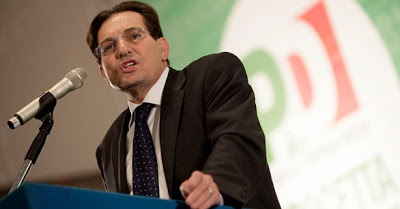 The Italian island state of Sicily has elected a gay governor.

Rosario Crocetta, an openly gay politician from the Italian Partito Democratico party, has become the first openly gay governor of Sicily. He won last Sunday’s election on the Italian island with more than 30% of the votes, winning over the right-wing PDL (Popolo delle Libertà), which has governed in Sicily for last decade. Crocetta is Italy’s second openly gay governor, after Puglia’s Nichi Vendola, who now is running for the leadership of the entire left parties. Once in power, Crocetta may not be able to do much for LGBT rights however. He won the election leading a coalition with the Union of Christian Democrats, a centrist party very close to the Catholic Church. And during the electoral campaign, Crocetta reassured his allies, saying: “In case of victory, I will say goodbye to sex and sexuality, I’ll be married only to Sicily and to Sicilians.”

The Guardian reports that Crocetta has had death threats from the mafia.

A gay man who shrugged off three mafia plots to kill him is poised to become Sicily’s first homosexual governor in elections that show the centre left advancing at the expense of Silvio Berlusconi’s right-wing party. As mayor of Gela, Crocetta persuaded local businesses not to pay protection money to the mafia and claimed that coming out gave him a sense of liberation that allowed him to understand how suffocated Sicily had become under the mafia’s yoke. One mob boss who hired a Lithuanian assassin for a failed bid to kill Crocetta was less than tolerant of his sexuality than voters, describing him in a wiretapped call as “this queer communist”. A local magistrate said at the time: “The clans may ridicule Crocetta’s sexuality, but it’s the backing he gave businesses that refuse to pay the pizzo [protection payment] that really drove them mad.” Crocetta has suggested that a surprising number of members of Cosa Nostra are themselves gay, claiming, “The idea that the mafia is all church, home and shotguns makes me laugh.”