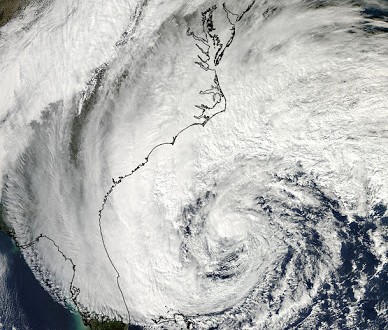 The MTA has been directed by Governor Andrew M. Cuomo to begin an orderly shutdown and suspension of all subway, bus and commuter railroad service at 7 p.m. Sunday. The decision was made to protect customers, employees and equipment from the wrath of Hurricane Sandy as the strong storm continues its march up the east coast. MTA Chairman and CEO Joseph J. Lhota announced that service on NYC Transit subways will be curtailed beginning at 7 p.m., and the bus network within the following two hours. Long Island Rail Road and Metro-North Railroad will start their finals trains by 7 p.m. from terminal locations. Subway and rail road stations will be closed after the last trains pass through stations. Outbound Access-A-Ride trips are being scheduled only until 12 p.m. today, and return trips will continue until 5 p.m. Any previously scheduled trips after that time, including subscription trips, are canceled. Customers are advised to adjust their plans and travel early in the day as possible and not wait until the last train or bus. Anyone who does not leave for their destination before 7 p.m. runs the risk of being stranded when service is suspended.