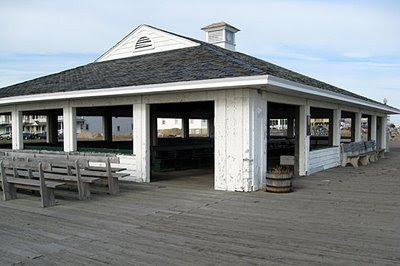 Five years into a case that has been one of the most frequently cited examples of “homofascism,” a New Jersey state agency has ruled that operators of the Ocean Grove Pavilion did indeed break the law when they refused to let a lesbian couple rent the venue for their civil union ceremony.

The organization violated the state Law Against Discrimination in not allowing Harriet Bernstein and Luisa Paster to hold their ceremony at the pavilion, wrote Craig Sashihara, director of the state Division on Civil Rights, in a 16-page decision. “Such action clearly violates the settled laws of this state,” Sashihara wrote. Dale Whilden, the association’s president, could not be reached for comment Tuesday. Bernstein said she feels very happy with the decision, which the association can appeal within 45 days. “The laws of New Jersey prevailed,” Bernstein said. “We’re delighted.” Sashihara upheld a decision reached in January by a judge with the state Office of Administrative Law. Because Bernstein and Paster did not seek financial restitution for what occurred, Sashihara wrote that the only penalty the association received is his finding that it violated the state law against discrimination.

Anti-gay groups have included the Ocean Grove case in their materials for years, but always fail to mention that the venue had sought and received a special property tax abatement which came with the stipulation that the property was to be available for use by all of the public. (Tipped by JMG reader Mick.)