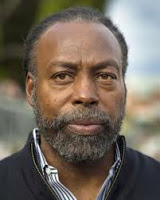 The Washington Blade reports that Julius Henson, the man funding Maryland’s anti-gay Jump The Broom campaign, spent time in jail earlier this year for a 2010 robo-calling campaign that told Democratic voters that they could stay home from the polls because  gubernatorial candidate Martin O’Malley had already won.

The U.S. District Court for the District of Maryland in May ordered Henson and his company, Universal Elections, Inc., to pay a $1 million fine for violating the Telephone Consumer Protection Act when he and employee Rhonda Russell robocalled more than 112,000 Democratic voters in Baltimore City and Prince George’s County on behalf of former Gov. Robert Ehrlich, Jr.,’s 2010 gubernatorial campaign. The calls said they did not need to vote before the polls closed on Election Day because Gov. Martin O’Malley and President Obama had already won. “Our goals have been met,” said the call prosecutors maintain Henson and Russell wrote and recorded. “The polls were correct and we took it back. We’re okay. Relax. Everything is fine. The only thing left is to watch it on TV tonight. Congratulations and thank you.” A Baltimore City Circuit Court judge in June sentenced Henson to 60 days in jail and 300 hours of community service for his role in the scheme. He was released in July.

Jump The Broom has been placing anti-gay flyers on cars across Maryland. JMG reader Christian sends us the example he found. Henson’s group has also bought radio time on local black and gospel radio stations.