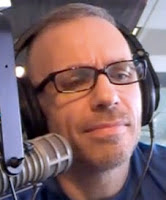 “In a Washington Post column headlined ‘Silence Is Golden on Gay Issues,’ my longtime colleague and friend Jonathan Capehart heralds it as ‘a great thing’ that gay issues weren’t discussed in the presidential debates this year. The Human Rights Campaign’s Fred Sainz agrees, telling Capehart, ‘What we’re seeing is proof positive that gay issues aren’t the wedge they used to be and furthermore, the public has moved on.’ [snip]

“I don’t buy that. There’s a stark difference between these two candidates on LGBT rights, more than between any presidential candidates in history, just as there’s a stark difference on women’s issues and a stark difference on economic policy. Sure, the economy is taking precedence right now as an issue, but few doubt that it was important when ABC’s Martha Raddatz got around to the issue of abortion and contraception with the vice presidential candidates. And it’s too bad that neither she nor any of the presidential debate moderators asked about gay issues. On this one, silence is golden only for Romney, as he tries to present himself as a moderate and win the election.” – Michelangelo Signorile, writing for the Huffington Post.