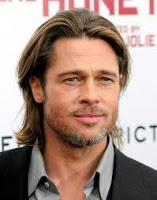 “Brad Pitt’s partnership with HRC in this closing week delivers vital resources into these campaigns and we’re proud to be working with him as we show that fundamental fairness will win at the ballot box,” said HRC President Chad Griffin. “With his commitment, Brad joins HRC in a tremendous coalition of religious leaders, business leaders, labor groups, civil rights organizations and everyday, fair-minded Americans supporting marriage for gay and lesbian couples.” “It’s unbelievable to me that people’s lives and relationships are literally being voted on in a matter of days,” said Pitt in an email today to HRC members and supporters. “If you’re like me, you don’t want to have to ask yourself on the day after the election, what else could I have done?”