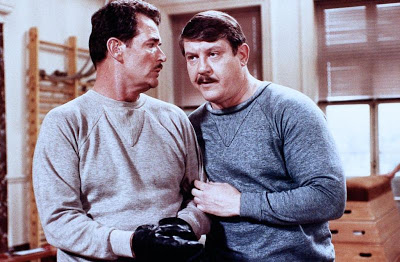 Former pro footballer Alex Karras, whose gay bodyguard character in Victor/Victoria endeared him to gay audiences, has died at the age of 77.

Alex Karras, a fierce and relentless All-Pro lineman for the Detroit Lions whose irrepressible character placed him frequently at odds with football’s authorities but led to a second career as an actor on television and in the movies, died Wednesday at his home in Los Angeles. He was 77.Karras had kidney disease, heart disease and stomach cancer, his family said in a statement announcing his death, as well as dementia. He was among the more than 3,500 former players who are suing the National Football League in relation to the long-term damage caused by concussions and repeated hits to the head.

Previous WND: President Obama’s Wedding Ring Says “There Is No God But Allah”
Next Sully & The City