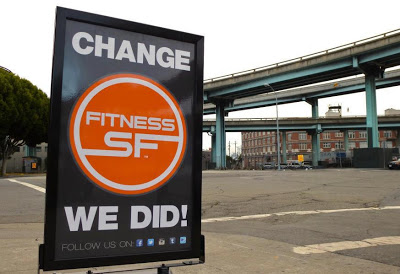 San Francisco’s four Gold’s Gyms announced on Facebook today that they will be ending their franchise agreement with the company in response to the news that CEO Robert Rowling had donated millions to Karl Rove’s anti-gay American Crossroads PAC. The locally-owned Gold’s still have almost two years on their contract, but have vowed to “match every dollar” in their remaining franchise fees with “equal or greater” donations to LGBT causes.

As you can see by the above photo, those four gyms have kept their word. As I wrote two years ago: “THAT, my buff kittens, is how you run a business.” (Tipped by JMG reader Aaron)