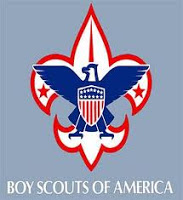 According to a report published yesterday by the Los Angeles Times, the Boy Scouts have shielded hundreds of child molesters from prosecution.

A Los Angeles Times review of 1,600 confidential files dating from 1970 to 1991 has found that Scouting officials frequently urged admitted offenders to quietly resign — and helped many cover their tracks. Volunteers and employees suspected of abuse were allowed to leave citing bogus reasons such as business demands, “chronic brain dysfunction” and duties at a Shakespeare festival. [snip] In the majority of cases, the Scouts learned of alleged abuse after it had been reported to authorities. But in more than 500 instances, the Scouts learned about it from boys, parents, staff members or anonymous tips. In about 400 of those cases — 80% — there is no record of Scouting officials reporting the allegations to police. In more than 100 of the cases, officials actively sought to conceal the alleged abuse or allowed the suspects to hide it, The Times found.