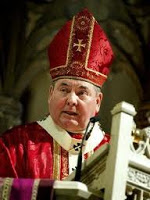 “There are many bodily activities that people do together: enjoy meals, play sports, do manual labor, etc. Friends, teammates, colleagues, and others engage in all of these and many other activities. But everyone recognizes that marriage involves a sexual component, which these other physical experiences lack. A brother and sister
or an uncle and his niece are prohibited everywhere from marrying because of the relationship of marriage to sexual activity and the laws of consanguinity. Even those who propose radically altering the definition of marriage would not advocate allowing two brothers or sisters or an uncle and his nephew to marry (say, for the tax benefits, or for hospital visiting privileges).

“What, then, explains this connection—acknowledged even by those who would redefine marriage—between marriage and sexual activity? Each individual is a complete organism, for every bodily function save one: reproduction. Biologically, reproduction requires the coordination in a particular way of two sexually complementary persons to form an authentic union whose biological function is reproduction. This coordination might or might not lead to conception, but only through it does a couple function biologically as a unit; only such acts bring the couple into a true one-flesh union. Conjugal acts, and only these, fulfill the behavioral conditions of procreation and thus consummate a marital relationship.” – Newark Archbishop John Myers, in a lengthy pastoral letter (PDF) demanding the voters oppose same-sex marriage.