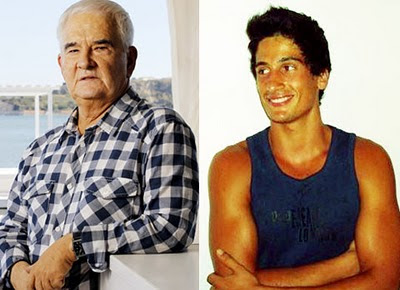 In January 2011 New York City’s tabloids published daily grisly updates in the case of Portuguese model Renato Seabra, who stabbed to death and then castrated his wealthy and renowned fashion photographer boyfriend with a wine corkscrew in a midtown hotel. Seabra’s attorney pleaded an insanity defense in June, but it was revealed in court on Friday that Seabra never told the police that he was acting on God’s orders, as has been claimed. Duncan Osborne reports at Gay City News:

While the accused killer of Carlos Castro asserted in court filings that “he was acting as a conduit for God” when he killed the 65-year-old Portuguese TV personality and gay activist in a Manhattan hotel last year, he did not tell police that when he gave them a statement roughly 36 hours after the homicide. “Did he say who told him to commit this crime?” David Touger, the attorney for Renato Seabra, asked Richard Tirelli, a homicide detective, during a September 14 court hearing. Tirelli said “No.” [snip]

Seabra told police he was “struggling with his homosexuality and his demons” and that “he had second-guessed his sexuality,” said Tirelli, who was reading Seabra’s statement in court. Seabra told Tirelli he became enraged because he “could not control the virus of homosexuality that was spreading throughout the world,” the detective said. “He made it pretty clear to you that he thought he had made the world a better place by committing these acts, correct?” Touger asked. Tirelli said, “Yes.” Seabra did not tell police that he was acting on instructions from God.

Seabra’s second-degree murder charge could result in a 25 years to life sentence.