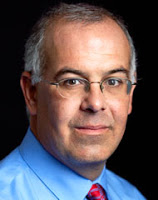 “The people who receive the disproportionate share of government spending are not big-government lovers. They are Republicans. They are senior citizens. They are white men with high school degrees. As Bill Galston of the Brookings Institution has noted, the people who have benefited from the entitlements explosion are middle-class workers, more so than the dependent poor. Romney’s comments also reveal that he has lost any sense of the social compact. In 1987, during Ronald Reagan’s second term, 62 percent of Republicans believed that the government has a responsibility to help those who can’t help themselves. Now, according to the Pew Research Center, only 40 percent of Republicans believe that.

“The Republican Party, and apparently Mitt Romney, too, has shifted over toward a much more hyperindividualistic and atomistic social view — from the Reaganesque language of common citizenship to the libertarian language of makers and takers. There’s no way the country will trust the Republican Party to reform the welfare state if that party doesn’t have a basic commitment to provide a safety net for those who suffer for no fault of their own. The final thing the comment suggests is that Romney knows nothing about ambition and motivation.” – David Brooks, in a New York Times essay titled Thurston Howell Romney.