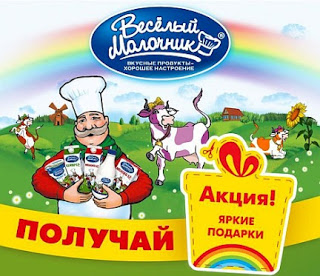 Russian anti-gay activists say they will picket PepsiCo because there’s a gay-ass rainbow on their milk carton.

The milk brand is called Vesyoly Molochnik, which translates as Gay Milkman, though in Russian the word vesyoly does not suggest homosexuality. The group said that it was objecting to the rainbow, which it saw as the international symbol for the gay movement. The group said on Friday that it has asked prosecutors to take action because the packaging violated the law passed in St. Petersburg in February, which makes it illegal to spread “propaganda” that could “damage the health, moral and spiritual development of the underaged”. The offence carries a fine of up to 500,000 roubles ($16,100).