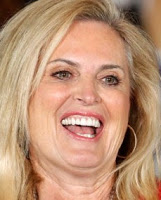 The Family Research Council is listing Ann Romney as one of the invited attendees of this week’s Values Voter Summit hate fest. The Romney campaign says she won’t be there and never said she would be.

“Mrs. Romney is not scheduled to attend VVS this weekend. To my knowledge, it has not been on our schedule,” said Sarah Haley, a campaign spokesperson. The program also has vice presidential candidate Rep. Paul Ryan attending the conference, and the campaign confirmed he will be there. The confusion comes as liberal and gay advocacy groups pressure politicians to skip the event, with a letter sent to lawmakers accusing FRC of being “far outside the mainstream.” “It has engaged in repeated, groundless demonization — portraying LGBT people as sick, vile, incestuous, violent, perverted, and a danger to the nation,” the letter reads.