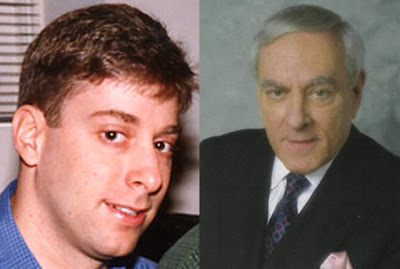 Willed To Marry A Woman

According to the will of a recently deceased Manhattan businessman, his gay son must marry a woman to receive his inheritance. The son is already married to a man.

A dear old dad left behind a final, unthinkable request for his gay son: get married — to a woman. The edict surfaced in the will of Manhattan businessman Frank Mandelbaum, who specified that none of his money should go to any offspring his son Robert might have if he “not be married to the child’s mother within six months of the child’s birth.” Frank Mandelbaum, 73, died in 2007, and his will prompted Robert Mandelbaum, a Manhattan Criminal Court Judge, to argue in a court battle over the estate that his longtime partner Jonathan O’Donnell is the only “mother” their 16-month-old son, Cooper, knows.

The couple married shortly after Cooper’s birth via a surrogate, entitling the child to a share in a $180,000 trust set aside for Frank Mandelbaum’s three grandkids, Robert declared. The Manhattan Surrogate’s Court has yet to approve a settlement to ignore Frank Mandelbaum’s demand as discriminatory and against New York law. The settlement is the only way to solve the dispute over Cooper, Robert Mandelbaum claims in court papers, because the will “imposes a general restraint on marriage by compelling Robert Mandelbaum . . . to enter into a sham marriage” — which he says violates state law supporting marriage equality.

Previous Paul Ryan: I Now Love Medicare
Next The Latest From Newsweek