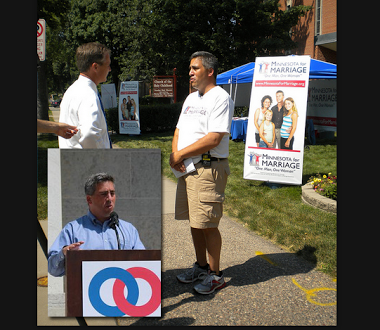 The Third Blog points out that NOM has been posting photos of their employees and claiming that those people are “supporters” who have turned out for their anti-gay rally fails. As the inset photo reveals, the above “faithful supporter” is actually NOM’s Rhode Island chapter president Chris Plante. More examples at the link.