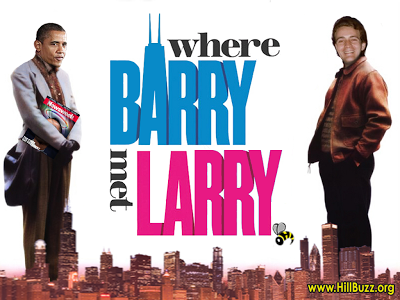 I also think there needs to be a “historic marker” affixed to Man’s Country Bathhouse up in the Andersonville neighborhood of Chicago, as well — since Barack Obama frequented this men-only sexual hotspot in the late 90s up until January of 2004 when he embarked on his campaign for the United States Senate. Apparently, he went there most often on Wednesdays. If you spend any time in the seedier gay bars of Chicago, where the older guys tend to hang out who were around in the scene back when Obama was cruising and they still had relatively healthy livers, you’ll hear them refer to the little rooms at Man’s Country as “presidential suites”, presumably because the current US president used to allow old, white men to perform sexual acts on him there (the “Oral Offices” is another popular riff on this theme). Though, maybe they’re really saying “sweets” and Obama just went to Man’s Country to reverse-trick-or-treat and give away candy there to the towel-clad or nude patrons (which could be an obscure tradition in Indonesia similar to eating dogs, which Obama described in one of those books he had ghostwritten back in the day)

DuJan’s post has been picked up by Free Republic and other anti-gay sites.