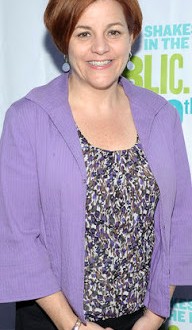 NEW YORK CITY: 84% Of Residents Say They Wouldn’t Object To A Gay Mayor

The results of that Quinnipiac survey I took a few days ago are back and reveal that 84% of NYC residents don’t care if the next mayor happens to be gay.

Voters don’t care that mayoral hopeful and City Council Speaker Christine Quinn is a gay woman — and they’d rather vote for a Muslim or a Mormon than a born-again Christian. A new poll from Quinnipiac University quizzed voters on their religious and other biases. While 10% of the New Yorkers polled reported they were less likely to vote for a gay or lesbian candidate, another 84% reported that it wouldn’t matter. Asked about obese candidates, 16% were less likely to vote for one, while 81% said it didn’t matter. “Good vibes for a couple of politicians — City Council Speaker Christine Quinn, who’s female and gay, and New Jersey Gov. Chris Christie . . . who is stout,” said Maurice Carroll, director of the Quinnipiac University Polling Institute.

So the “obese” question was about Christie. That’s odd, considering all of the other questions were specifically about New York City. Here’s more from the poll:

Almost 3-1 opposition to stop and frisk by New York City black voters tips overall voter opinion to a narrow 50 – 45 percent disapproval of the police practice, according to a Quinnipiac University poll released today. Black voters disapprove of stop and frisk 69 – 25 percent while approval is 57 – 37 percent among white voters and 53 – 45 percent among Hispanic voters, the independent Quinnipiac (KWIN-uh-pe-ack) University poll finds. Men are divided on the practice, with 47 percent in favor and 49 percent opposed. Women oppose the practice 51 – 43 percent. A decrease in police use of stop and frisk would not lead to an increase in gun violence, voters say 50 – 41 percent, again with significant racial division. Black voters say 63 – 28 percent the reductions would not lead to more crime. White voters believe it would 49 – 39 percent and Hispanic voters agree 52 – 46 percent.

Respondents were fairly evenly split on Mayor Bloomberg’s anti-obesity campaigns, with 48% saying they don’t consider the Big Soda flap to be an example of “nanny government.”

RELATED: Another question in the poll regards a proposal to require city employers to grant between five and nine paid sick days per year. I supported that idea, as did 73% of those polled. However saying that the economy remains “too weak,” Speaker Christine Quinn has blocked the issue from coming to a vote in the City Council, drawing the ire of labor groups. Paul Schindler covers the fallout in Gay City News:

“Labor plans to ‘sick’ gays on Christine.” So read the headline of an August 8 “exclusive” in the New York Post detailing a plan the newspaper said had been hatched at a meeting in Washington in July. According to the account, prominent LGBT leaders in New York were prepared to “publicly buck Quinn’s” run for mayor next year if the out lesbian City Council speaker failed to allow a vote on a measure guaranteeing workers at companies with five or more employees between five and nine paid sick days each year. The Post did not identify its sources nor did it name any of the prospective Quinn antagonists, and Gay City News has uncovered no evidence of anything quite so dramatic afoot on the paid sick leave front. That’s not to say that there are not important LGBT leaders pressing to make paid sick leave a reality in New York City nor that the arguments in favor of the bill are not based, in part, on issues of specific concern to the queer community.

Read Schindler’s piece for an in-depth analysis of the various LGBT and HIV groups advocating for the sick days law. As I’ve mentioned here before, for years Quinn has been dogged at public appearances by a small but extremely vocal group of gay detractors. Judging by the above shrug to a potential gay mayor by the city’s electorate, the strongest opposition to her 2013 mayoral campaign may come from inside the community. Ironic, yes? (Tipped by JMG readers Jared and Timmian)

Previous OREGON: Catholic Priest In His Underwear Chases Boy Down Street After Abuse
Next Brian Brown Calls For “Civility”