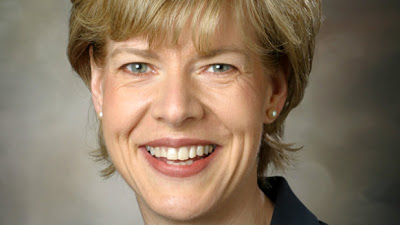 The nation’s first lesbian-run Super-PAC has launched a fundraiser for Rep. Tammy Baldwin, who would become the first-ever openly gay member of the U.S. Senate should she be elected.

—Tammy is under attack from anti-women, anti-choice, and anti-equality forces.
—Secret groups funded by the Koch brothers, the US Chamber of Commerce, and Karl Rove have already spent millions of dollars attacking her.
—Every dollar you give to help Tammy’s campaign, the LPAC Board will match, up to $50,000.

Donation page at the link.