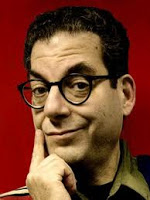 “Just when you assumed gay self-loathing had been deposited in the dead-chicken bins, along comes a new wave of self-flagellation aimed to throw us under the hate truck. At a time when gays have made significant progress and other people are fully available to do all the hating, some gays crazily want to join in! I’m talking about the wave of gay Republicans who grovel before the enemy, making lavish excuses for politically repellent candidates—you know, the Romney/Ryan ticket—who would gladly turn us into a subordinate class without any semblance of full equality. There’s no one more self-loathing than the oxymoronic ‘grubs’ (gay Repubs) who rally to the defense of power-crazed bigots, spinning them as champions of decency and fairness who happen to be grossly misunderstood.” – Michael Musto, writing for the Village Voice.