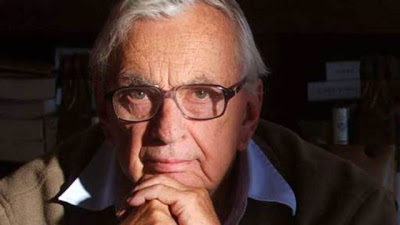 Legendary and pioneering gay author, actor, atheist, playwright, screenwriter, failed Senate candidate, Tony nominee, and all-around badass Gore Vidal has died at the age of 86. Vidal was preceded in death by Howard Austen, his partner of 53 years, and will be buried next to him in Washington DC’s Rock Creek Cemetery.

Vidal died Tuesday at his home in the Hollywood Hills of complications of pneumonia, said nephew Burr Steers. Vidal was a literary juggernaut who wrote 25 novels, including historical works such as “Lincoln” and “Burr” and satires such as “Myra Breckinridge” and “Duluth.” He was also a prolific essayist whose pieces on politics, sexuality, religion and literature — once described as “elegantly sustained demolition derbies” — both delighted and inflamed and in 1993 earned him a National Book Award for his massive “United States Essays, 1952-1992.”

Threaded throughout his pieces are anecdotes about his famous friends and foes, who included Anais Nin, Tennessee Williams, Christopher Isherwood, Orson Welles, Truman Capote, Frank Sinatra, Jack Kerouac, Marlon Brando, Paul Newman, Joanne Woodward, Eleanor Roosevelt and a variety of Kennedys. He counted Jacqueline Kennedy Onassis and Al Gore among his relatives. He also wrote Broadway hits, screenplays, television dramas and a trio of mysteries under a pseudonym that remain in print after 50 years.

With his famously unrepentant pomposity and his ever-present sneering smugness, it was sometimes quite hard to like Gore Vidal. But the man was never ever boring and he was open and unapologetic about his sexuality at a time when few others dared to do the same. That’s a pretty great epitaph. Below I’ve cited a few of Vidal’s most famous stage, screen, and television moments from the earlier times in his more than six decades in the spotlight.

Vidal Vs Buckley
In 1968 douchebag columnist William F. Buckley called Vidal a “queer” and threatened to “sock you in your goddamn face” on national television. The next year Buckley and Vidal traded libel suits after exchanging a flurry of insults and accusations in the national press. Vidal’s suit was dismissed, but Buckley won a large (for its time) settlement for his legal fees and a retraction from Esquire, who had published Vidal’s claim that a youthful Buckley had burned a church in retaliation for its pastor selling a house to a Jewish family. Buckley successfully sued again in 2003 when Vidal republished the same essay in an anthology. Below is the clip from the above-mentioned talk show incident, which remains one of the most famous incidents in live television history.

The Best Man
In 1960 Vidal was nominated for a Tony Award for his enduring smash The Best Man, which is a look at a presidential nomination battle during which one candidate threatens to falsely claim that his opponent had a gay affair, a theme which that era’s Broadway audience found both shocking and irresistible. In 1964 The Best Man was made into a hit movie starring Henry Fonda. Just a few weeks ago the current Broadway revival of the stage version won the 2012 Tony and since there appear to be no available clips of the original, here are some scenes from this year’s iteration of Gore Vidal’s most lasting play.