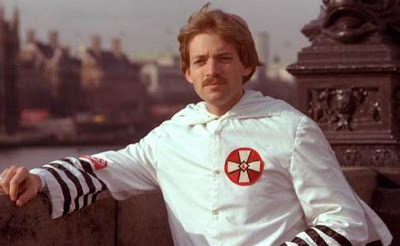 I’ve mentioned this many times before, but it’s certainly worth mentioning again this week. From an SPLC article I’ve excerpted here before:

In 1996, while managing the U.S. Senate campaign of Woody Jenkins against Mary Landrieu, Perkins paid $82,500 to use the mailing list of former Klan chieftain David Duke. The campaign was fined $3,000 (reduced from $82,500) after Perkins and Jenkins filed false disclosure forms in a bid to hide their link to Duke. Five years later, on May 17, 2001, Perkins gave a speech to the Louisiana chapter of the Council of Conservative Citizens (CCC), a white supremacist group that has described black people as a “retrograde species of humanity.” Perkins claimed not to know the group’s ideology at the time, but it had been widely publicized in Louisiana and the nation, because in 1999 — two years before Perkins’ speech to the CCC — Republican House Speaker Trent Lott had been embroiled in a national scandal over his ties to the group. GOP chairman Jim Nicholson then urged Republicans to avoid the CCC because of its “racist views.” The Duke incident surfaced again in local press in 2002, when Perkins ran for the Republican nomination for the Senate, dooming his campaign to a fourth-place finish in the primaries.

From the Council Of Conservative Citizen’s statement of principles:

We believe in the traditional family as the basic unit of human society and morality, and we oppose all efforts by the state and other powers to weaken the structure of the American family through toleration of sexual licentiousness, homosexuality and other perversions, mixture of the races, pornography in all forms, and subversion of the authority of parents.

Bolding is motherfucking mine. Not one cable news network or mainstream newspaper has mentioned Perkins’ racist past since the FRC shooting.