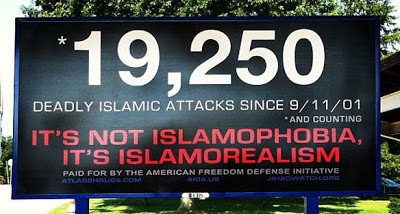 Paul Feiner, the Greenburgh Town Supervisor, tells the Daily Politics that he wants the MTA “to warn passengers that the ads could be upsetting and don’t represent Metro-North’s views or that of the community,” noting, “There are many Muslims residing in Greenburgh and in our villages. They should not be discriminated against. the posters encourage hatred, discrimination and do not help the efforts to fight hate crimes.” Feiner added that he wants the MTA to donate the ad profits to an anti-discrimination campaign, “I feel it’s not a violation of free speech for Metro North to put up a competing sign and it’s also not a violation of free speech if they donate the profits to an anti-defamation league or an organization that objects to hate crimes. I feel that it should be clear that the people of Metro North and the town do not support this message.”