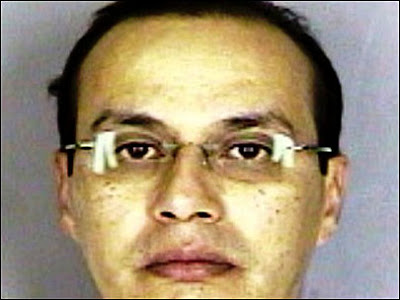 The Archdiocese of Portland has offered an “open-ended” loan to the Oregon priest who last week was witnessed running down the street in his underwear as he tried to capture the 12 year-old boy he’d just molested.

Archbishop John G. Vlazny approved the loan to Perez this week, Archdiocese of Portland spokesman Bud Bunce said Friday. Police said Perez chased a 12-year-old boy down a Woodburn street early Monday while dressed only in his underwear. “It’s available if he needs it,” Bunce said of the loan. Bunce said he didn’t have details on the loan or how it would work. Parishioners in Woodburn have also begun to raise money for Perez’s defense, he said.

SNAP knows what the loan is really about.

David Clohessy, director of the Survivor Network of those Abused by Priests, or SNAP, said the church will cover the cost of defense for priests “in the overwhelming majority of cases,” but it’s usually not called a loan. “I don’t think they’ve ever called it a loan and, frankly, we think that’s pretty disingenuous,” Clohessy said. “On a priest’s salary, there’s virtually no chance that it’ll ever be repaid, especially if he’s found guilty.” The Archdiocese of Portland was the first in the nation to declare bankruptcy in 2004, just hours before two civil trials on sex abuse allegations were set to begin.

The diocese emerged from bankruptcy in 2007 with a $50 million settlement of more than 175 claims. Another $20 million was set aside to handle future claims. The offer to cover Perez’s defense costs was likely a strategic move, Clohessy said. “We suspect the goal here is to intimidate others who were hurt by Father Perez or other clerics into staying silent or settling quietly,” Clohessy said. “The signal he’s sending is, ‘Don’t think this is going to be easy.’