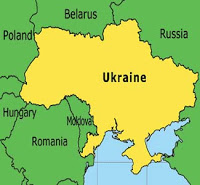 Perhaps bending to pressure from international groups such as All Out, the Ukraine parliament has canceled (for now) a vote on a “gay propaganda” law similar to those recently instituted in parts of Russia.

Human rights defenders and many European officials condemned the proposed law for its potentially chilling effect on freedom of speech and expression for millions of Ukrainians — gay and straight. The move to shelve the bill today is seen as a critical victory for its opponents, leaving only a short window in September for it to be reconsidered before the dissolution of the sitting Parliament. The proposed bill was also condemned during the recent Euro 2012 soccer championship with various athletes and national sports ministers speaking out against the draconian measure.

Four days ago All Out delivered 120,000 petitions against the proposed bill to Ukrainian representatives at the European Union.