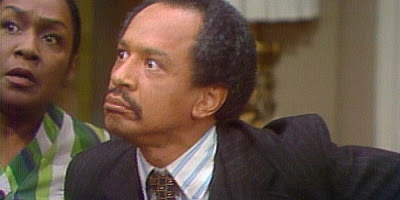 Actor Sherman Hemsley was found dead in his home today at the age of 74.

Although the cause of Hemsley’s death is unclear, TMZ reports that the actor passed away at his El Paso, Texas, home. Hemsley made a name for himself as George Jefferson, carrying the iconic sitcom for a decade and earning a 1984 Emmy nomination for his work as lead actor in a comedy series. The actor went on to appear on a handful of other classic television shows including “The Fresh Prince of Bel-Air” and “The Hughleys.” He also starred as Deacon Ernest Frye on the NBC series “Amen” for several years.

Hemsley’s costar Isabel “Weezy” Sanford passed away in 2004. That dee-luxe apartment in the sky is just a few blocks from my place on the UES.