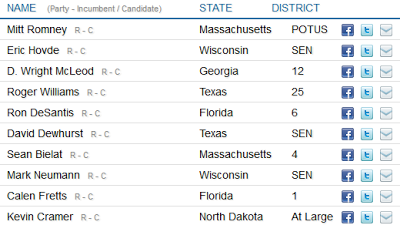 Yesterday afternoon Mitt Romney put his name where his mouth has long been and officially signed the pledge to repeal Obamacare. The Independent Women’s Voice cheers via press release:

“He understands that ObamaCare represents a government infringement on our constitutional liberties, and he knows that if implemented, it will lead to more government and less freedom, will place government bureaucrats between doctors and their patients, and will limit patients’ choice and control.” “Because Mitt Romney has signed the Pledge he has sent a clear signal to voters that, as President, he would sign the full and complete repeal of this government take-over of our private health care decisions,” Higgins added. The Repeal Pledge advocates not just repeal, but defunding, deauthorizing, and dismantling the misleadingly-titled Patient Protection and Affordable Care Act, passed in early 2010. The Repeal Pledge was designed as a litmus test to help the American public understand which candidates and office holders are serious about repeal, versus those who claim to be but won’t actually take action.