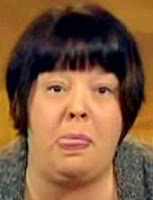 “Romney needs to avoid McCain’s mistake of picking a running mate who is more interesting and attracts more attention that he does. Huckabee fits the bill perfectly. He not a guy to scare anyone, he’s run the presidential gauntlet and been fully vetted, and while a pleasant and interesting man, he is a familiar enough figure on the national scene not to outshine Mitt Romney with novelty. Several others on the shortlist also satisfy these minimal requirements. But Huckabee would do something else for Romney — something I don’t think any other person can do: shore up the evangelical base of the party and ignite genuine enthusiasm for getting Romney/Huckabee to the White House. It’s not just Huckabee’s style or political positions that would do this. It’s the relationship of trust and love he’s built with evangelicals and connections to evangelicals across the country. He is beloved. He can motivate. And Romney needs this.” – Maggie Gallagher, writing for Townhall. (Via Good As You)

Previous Paraskevid​ekatriapho​bia
Next Headline Of The Day