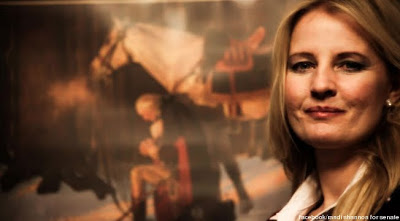 IOWA: Ron Paul Follower Declares Herself To Be U.S. Senator Of Parallel Government

The crackpottery of the Ron Pauliverse just hit new heights of batshittery.

A Republican state Senate candidate in Iowa has decided to bow out of the race and become a U.S. senator of an alternative form of government. In a letter released Friday, Randi Shannon informs supporters of her new position as “U.S. Senator in the Republic of the United States of America.” You see, according to Shannon, the U.S. government has been acting unlawfully as the “‘official government,’ which clearly it is not!” The libertarian-leaning group she joined claims it “re-inhabited” the government on March 30, 2010. The group claims the “United States Corporation” unlawfully formed in 1871 without the American people’s consent. “Since 1871, the abuses of this corporation upon both the international community as well as the American people are inestimable and unconscionable,” the group’s website claims.

Read more about the Republic of the United States here.