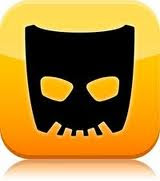 Complaints about hook-up sites and their effect on the gay social scene have existed since before the launch of Manhunt. This week New York Magazine claims that Grindr is destroying Fire Island’s legendary see and be seen culture.

Log in to Grindr on Fire Island, as you would anywhere else, and you’ll see a grid of 100 smiling faces and headless muscled torsos, a catalogue of men accessible from the comfort of your summer share’s living room. (Although cell-phone service on the island can be spotty, most houses are equipped with Wi-Fi.) The app has been called a “virtual bathhouse” and been pegged by some as a reason for the decline of the gay bar, but in a place like Fire Island, it may be especially destructive.

Aside from the beach, a large part of the attraction of the Pines scene is the opportunity to rub shoulders, and maybe sleep, with attractive and powerful gay men. “Not long ago, you’d walk around here and everybody would be cruising each other, not anonymously, but face to face,” said Sal Occhipinti, a tanned 43-year-old, at a recent afternoon “high tea” dance party in the Pines harbor. A few feet away, on the largely empty patio of the Blue Whale, a group of three men were busily typing on their devices next to the bar. According to Occhipinti, even the Meat Rack, the notoriously cruisy wooded area between the Pines and Cherry Grove, has been taken over by glowing iPhone screens.

Previous CALIFORNIA: Not One Republican Currently Holds Statewide Office
Next Conan The Bacterium