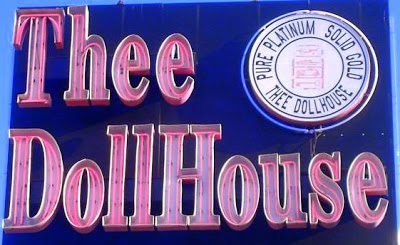 FLORIDA: Tampa’s Titty Bars Are Gearing Up For The Republican Convention

Tampa’s many strip clubs saying they are gearing up for next month’s Republican Convention, adding more dancers and making improvements to their venues. One place has even hired a Sarah Palin impersonator.

Tampa is home to 40 strip clubs — which is a little less than three clubs per square mile — and the bay area earned an infamous reputation during the 2009 Super Bowl when clubs stayed open 24 hours a day and multiplied the number of dancers to accomodate out-of-town visitors. When it was announced in 2010 that the convention would be held in Tampa, Joe Redner, the owner of the city’s Mons Venus strip club, wasn’t worried that Republican convention-goers would actually uphold conservative values. “Washington, D.C., per capita, sells more bondage leather than any place else in the world,” Redner told the Tampa Tribune. “Those people are kinky.” Some of the topless businesses hope that their profits will quadruple during the convention, making renovations and additional efforts well worth it. One club, The Doll House, reportedly underwent a $1 million renovation and hired the Palin impersonator.

During the 2008 conventions, I remember that Denver’s handful of strip clubs lamented that the Democrats brought in far less business than had been hoped. According to one review site, Charlotte has just half the number of titty bars that Tampa has, which is still more than I would have guessed.

Previous SF General Staffers – It Gets Better
Next Tonight At Lincoln Center: Free Concert By Nile Rodgers & The Chic Organization