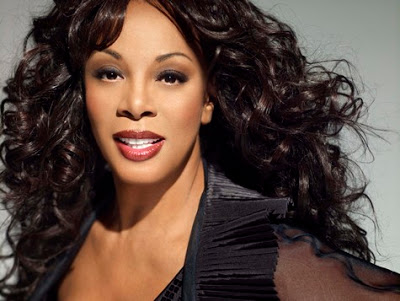 The Library of Congress has added Donna Summer’s seminal 1977 single I Feel Love to its National Recording Registry. (The move was announced back in May, but I didn’t learn about it until seeing a CNN report last night.)

Selected for preservation because they are “culturally, historically, or aesthetically significant” the library said in a news release, the 25 sound recordings chosen this year include a CBS radio broadcast of a Nov. 14, 1943, concert given by the Philharmonic-Symphony Orchestra of New York and conducted by Bernstein, who filled in when both Artur Rodzinski and Bruno Walter were unavailable. Also chosen for induction were Bo Diddley’s single “Bo Diddley” (and its B-side, “I’m a Man”); the Booker T. & the M.G.’s single “Green Onions”; the 1967 album “Forever Changes” by the psychedelic rock band Love; the soundtrack album of “A Charlie Brown Christmas,” performed by the Vince Guaraldi Trio; and “Purple Rain,” the 1984 soundtrack album performed by Prince and the Revolution.

In its obituary for Summer, Rolling Stone recalled David Bowie’s famous quote about I Feel Love.

“One day in Berlin, Eno came running in and said, ‘I have heard the sound of the future.’ And I said, ‘Come on, we’re supposed to be doing it right now.’ He said, ‘No, listen to this,’ and he puts on ‘I Feel Love,’ by Donna Summer. Eno had gone bonkers over it, absolutely bonkers. He said, ‘This is it, look no further. This single is going to change the sound of club music for the next fifteen years.’ Which was more or less right.”

Previous The Geography Of Tolerance
Next PENNSYLVANIA: Atheist Files Complaint About Restaurant Discount For Christians