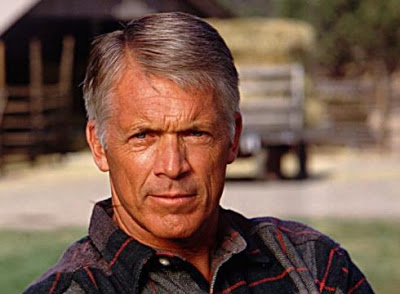 Everett’s daughter told the Associated Press that he died Tuesday at his home in Los Angeles after a year-and-a-half-long battle with lung cancer. Perhaps best known for his role as surgeon Dr. Joe Gannon, the actor was twice nominated for a Golden Globe for his perfomances on “Medical Center.” The series ran seven seasons and, at the time, tied with “Marcus Welby, M.D.” for longest-running medical drama. But in an acting career that spanned more than 40 years, Everett guest-starred on a wide range of television series, including “The Love Boat,” “Murder, She Wrote,” “Melrose Place” and as a closeted gay police officer on “Cold Case.” Everett found a new audience in 2009 when he acted in an episode of the CW’s “Supernatural” as an aged version of Dean Winchester, usually played by Jensen Ackles. He recently appeared in the TV series “Castle.”

I had such a raging teenage crush on Everett during Medical Center. Those sideburns! And I loved Lalo Shifrin’s jangly theme music.