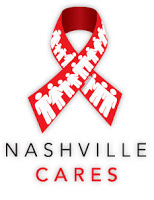 Tennessee’s legislature approved a statewide abstinence-only sex education bill in May, drawing wide ridicule because public school students were banned from “gateway sexual activity” like holding hands. The law went into effect this week with the revelation that it was a public service announcement from an AIDS group that had prompted the bill.

A new law banning explicit sex education, spearheaded after an anti-AIDS group two years ago demonstrated oral sex on anatomical models in front of high schoolers, took effect in Tennessee this week. The law emerged after one Nashville parent in 2010 learned his 17-year-old daughter’s class had seen the performance of “safe” oral sex by the anti-AIDS group, Nashville CARES. “It took me by surprise,” Rodrick Glover told The Tennessean at the time. “My daughter thought it was pornography.” In response, the Tennessee gay news source Out and About targeted Glover as numbering among “fundamentalist bigots” who oppose the methods of Nashville CARES because the group “does not discriminate based on sexual orientation and, in fact, is considered to be gay-affirming.”

The new law also bans any mention of “devices specifically manufactured for sexual stimulation.” I’ve written Nashville Cares to see if we can get a copy of that scandalous lesson in how to avoid HIV.