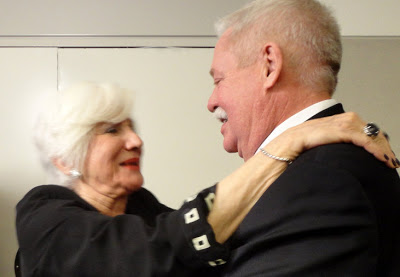 Academy Award-winning actress Olympia Dukakis presented the Foundation’s Pioneer Award to Maupin, calling Anna Madigral, the Tales of the City character she portrayed in the television adaptation, the most meaningful role of her career. “What happened for me when I did Anna Madrigal was that I understood the most important thing was to survive myself-and that’s what Anna Madrigal did.”