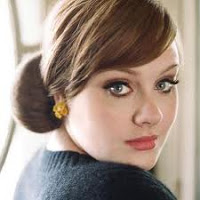 Adele’s sophomore release 21 has sold more than 22 million copies worldwide and is frequently cited as one of the most blistering “breakup albums” of all time. And according to an unauthorized biography, there’s a gay angle to all that heartache.

The heartbreak that inspired Adele to pen her Grammy-award-winning music was inspired by an ex-boyfriend who left her for her gay friend, a new biography claims. “One thing we know is that it was a first love gone terribly bad,” Shapiro writes in the book, quotes from which have been published by the Daily Mail among other publications. “Adele had professed her love and he did the same, she had known he was bisexual but, in the rush of romance, felt they could make it work. Four hours after laying their emotional cards on the table, the boy ran off with one of Adele’s gay friends!”

Two of the tracks on Adele’s debut release 19 were said to be about a bisexual boy she’d fallen in love with. The girl can hold a grudge.