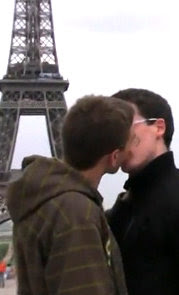 As I mentioned two weeks ago, upon the election of President Francois Hollande and the following landslide of Socialists into the national legislature, same-sex marriage was all but guaranteed for France. Today the French government officially set the timetable.

“Within a year, people of the same sex will be able to marry and adopt children together,” Dominique Bertinotti, junior minister for families, told the daily Le Parisien. “They will have the same rights and duties as any married couple.” A law granting full marriage status to gay couples would bring France, which currently provides only for same-sex civil unions, into line with fellow EU members Denmark, Portugal, Spain, Belgium, the Netherlands and Sweden. It would also mark a profound change in French society, where more than two-thirds of people still describe themselves as Roman Catholic, according to a 2010 survey by pollster Ifop. However, fewer and fewer of them adhere to strict Roman Catholic teachings on sexual issues or back the Vatican’s condemnation of homosexuality. Church attendance has collapsed.

Previous Pawdele – Rolling In The Deep
Next You May Commence Gossiping