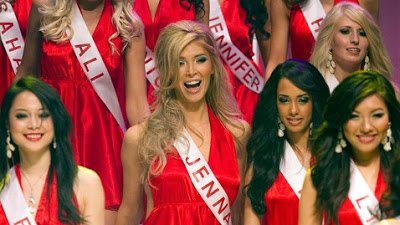 The 6-foot-1 blonde bombshell was a crowd favorite as she strutted down the runway in the evening gown and swimwear portions of the competition. Talackova also seemed to be a favorite among her fellow contestants and was one of four women voted “Miss Congeniality.” The 23-year-old was originally disqualified from the competition because she was not a “naturally born female.” After threats of a lawsuit and public outcry, the Trump Organization, which owns the contest, announced Talackova would be allowed to compete. “I didn’t know that there would be this much controversy. I was just entering because, you know, I wanted to represent Canada. I think I’m a beautiful woman, inside and out, and I think I would have done the job,” Talckova told ABC News’ Barbara Walters during her fight to be reinstated into the competition.