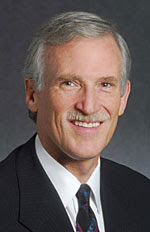 The Tennessee state legislature has approved a bill that restricts all sexual education to lessons on abstinence-only. Because any mention of “gateway sexual activity” will result in an explosion of teen-fucking.

The bill defines “gateway sexual activity” as: “sexual conduct encouraging an individual to engage in a non-abstinent behavior.” The bill’s sponsor, Republican Rep. Jim Gotto, said the bill wouldn’t address things as innocuous as holding hands, the Knoxville News Sentinel reports. But critics of the legislation say the offending behavior is not clearly defined. Gotto did not immediately return TPM’s request for comment. According to the News Sentinel, groups like Planned Parenthood and others who provide sex education information in schools could face a $500 fine.

Teen pregnancy rates have consistently been the highest in states that only allow abstinence education. Get ready for a flood of teen abortions and baby mamas, Tennessee. Gov. Bill Haslam is expected to sign the bill.