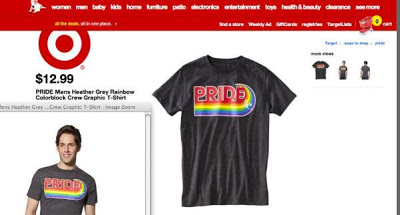 Two years after a brouhaha erupted over its support of a group backing Tom Emmer, the Republican gubernatorial candidate who opposed gay marriage, Target Corp. has launched an online charitable partnership supporting gay pride. The Minneapolis-based discounter says the two aren’t related — it has partnered with the Washington, D.C.-based Family Equality Council, which supports lesbian, gay, bisexual and transgender families, for more than a decade. “I certainly recognize what an incredible reaction [the Emmer-related donation] generated,” said Jennifer Chrisler, the council’s executive director. “But here’s what I know about Target and their work with us: They’re 100 percent committed to the goal of families being respected in all communities including parents who happen to be LGBT. This is just a continuation of that support.”